“The foundation of international business studies rests on the assumption that increased multinationalism is good for a firm’s performance” (Contractor, Kundu, Hsu; 2012). Jaguar Land Rover (JLR) have created one of the most iconic British motor industries across the globe, constantly developing new technology to create a unique selling point in their cars. It would seem simple for JLR to expand globally as they have created a secure building block for any expansion whether that be new models to an expansion outside of the UK. In this report, we will be focused on how JLR will change their usual approach that they have adopted in the UK to making it fit into the Brazilian way of life.

Jaguar is a UK based company that has been around for many years and has expanded to many other countries. Jaguar is has joined with the company Tata Motors, who the owner of that is Mr. Ratan N. Tata, Chairman of Tata Sons and Tata Motors. This had been merged within the year 2008. Jaguar are well known around the world, especially in India, as Tata Motors owners are from India and they have merged with JLR to make the company a bigger and more of a successful business. Jaguar have been around since 1948, were they have now adapted and are still successful to this day. Jaguar are always looking to expand. They have recently opened a factory in Brazil. “Jaguar Land Rover today opened its new R$750m (£240m) manufacturing facility and Education Business Partnership Centre in the state of Rio de Janeiro, Brazil.” This shows that Jaguar are expanding for their awareness to their business. This is offering the people in Brazil to have an easier access to buy Jaguars product. JLR believe that this investment will help them to expand. “Production there could start as early as 2016. Initially the plant will employ 400 people, rising to 800 by the end of the decade. The plant will be able to produce up to 24,000 cars a year.” This shows the evaluation of JLRs production and this would allow them to build more and expand within the business industry globally.

Expanding into any country, no matter the business, the company will always look at the external environment of the country they are acquiring to do business in. The way JLR will do this is by using different models and theories to assess if the expansion is the right fit for their company. The first model I am going to be evaluating is the PEST model, (Political, Economic, Social, Technological). “Some authors agree that the first traces of its appearance can be found in the book by Francis J. Aguilar, Scanning the business environment (1967)” (Del Marmol, T., Feys, Brigitte, contributor & Probert, Carly, translator, (2015.) Firstly, looking at the political situation in Brazil, there is a great deal of corruption that has recently been made public, yet has been undergoing an operation since 2014. ‘Operation Car Wash’ created a great deal of uproar throughout the country. “Workers' Party found itself dragged into the corruption scandal amid allegations of having funnelled some of these funds to pay off politicians and buy their votes and help with political campaigns” (BBC, (2018). Linking this to JLR, a business manufacturing in a corrupt country could cause complications when exporting or importing.

Figure 1: Data on economic factors on the OECD website, (2018). Looking at the economy in Brazil and how this should benefit or hinder JLR’s production, examining figure 1 in relation to activity and wages, there was a great decline at the start of 2018 when looking at industrial production. For JLR, this could cause employees to lack in producing the amount and the quality of the JLR standard as their wages have decreased. On the other hand, there has also been an increase in the later part of the year, which can bring back production levels. The red line for inflation, shows how they have plummeted rapidly between 2016 and 2017, this is positive for JLR as higher inflations could lead to higher interest rates and higher unemployment. It should remain at a steady rate to for the economy to prevail. 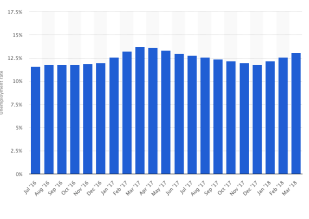 Figure 2: Data of unemployment rates cited from ‘Statista’ (2018). The unemployment is at a rate of 13.1%, cited from the site ‘Statista’ “March 2018, approximately 56,150 formal jobs were created in Brazil.” JLR can create new jobs for the Brazilian civilians, this could have the potential create band recognition throughout the country and get their company to be the highest motor industry in Brazil. Technology in Brazil is constantly growing, Brazil has been “designing and implementing a long-term policy that enables scientific and technological development to reach the population in order to improve life quality” (UNESCO Office, (2017)). If the life quality is improved this could help several factors, such as education to gain more experience, which will effectively help JLR with their production. As an overall PEST analysis on the external environment of Brazil, there is a lot of potential there to keep increasing their production levels of the ‘Discovery’ model, the increasing levels of technology and the inflation rates are a strong indicator on how they can succeed in this region. As well as being outside the EU and the issues with Brexit, moving to a developing yet powerful country has great opportunities for trade.

In 2016 Jaguar Land Rover decided to expand their business to Brazil (Rio de Janeiro), which meant that they have to adapt to meet culture. Looking at Figure 1, it shows that there is a gap between both cultures from the UK to Brazil in power distance. According to Hofstede “Brazil reflects a society that believes hierarchy should be respected and inequalities amongst people are acceptable”. (Hofstede 2018). Whereas with the UK, they have a low power distance; showing there is a minimising of power abuse and more equality. Furthermore, looking at the Figure; Individualism shows a significant difference between the two cultures. The UK is very independent compared to Brazil as they are not independent and seem to work better in groups. With adapting Brazil’s culture Jaguar Land Rover needs to be aware of workers helping others. According to Hofstede in Brazil “An older and powerful member of a family is expected to “help” a younger nephew to be hired for a job in his own company” which shows long-lasting relationships. (Hofstede 2018). In addition, with Uncertainty Avoidance in the UK they are relatively low suggesting “They are quite happy to wake up not knowing what the day brings”, but in comparison to Brazil they are “Very passionate and demonstrative people: emotions are easily shown in their body language”. (Hofstede 2018). Brazil has a very structured life and sticks to rules to make sure they know what they are doing at that exact moment; polar-opposite to the UK. Overall, (when looking at Hofstede) the comparison between UK and Brazil are fairly similar, with Masculinity, Long-Term Orientation and Indulgence being about the same. Whereas Power Distance, Individualism and Uncertainty Avoidance, is what the UK to adapt to when moving to Brazil. Figure 1

The JLRs´ spreading for Brazil lead to a number of challenges that the company has to face. All of these challenges are studied by the PEST analysis (political, economic, social and technological factors). Firstly, analysing the politic, one of the main challenges is the expansion of an English company to another country, Brazil. The companies domiciled in this country pay taxes on their worldwide profits. The issue is that a UK resident company is subjected to corporation tax on its worldwide profits. So, what measurement has to take on JLR  in order to get earnings? JLR has to change his tax system because in Brazil, a foreign company is taxed only if it participates in specific sales activities in this country, through a national branch. Foreign investors may also be subjected to different rates on capital gains in financial markets. Furthermore, in the social factor, the company has got a positive reaction of the Brazilian public, due to the consumerist attitude is mainly based on the trade of cars, computers software... As well as, this company plans the creation of 400 jobs and for it offers in the two programs the first "Education Business Partnership Centre" of Jaguar Land Rover, and ¨Inspiring Tomorrow's Workforce¨. The objective of bot is to prepare these young people to work in the automotive industry. Finally, in relation to technology, the company is in a continuous innovation to achieve higher sales, so promote the expansion of the range of models due to increased competition. To differentiate themselves from the rest, they develop intelligent technology sensors to help drivers at a time of risk and achieve the highest vehicle safety. In addition, they stand out for the interior enlargement, the cleaning of the vehicle. With the new ranges offer greater performance in which the car will run 60 miles per hour. Research continues through the R&D teams in search of innovative designs, technologies and processes. Furthermore, they promote the manufacture of gasoline engines and the development of two, three or four cylinder engines. (Wolfgang Stadler, operations manager.)

The company have won some important awards that make the products acceptable. In addition, the image of Land Rovers is also one of the main strengths. The defending vehicle is one of the strongest with the longest longevity compared to other cars. The car's features are designed for maximum redesign, it is a good step into the 21st century.

The company faces opposition in market share on other continents due to its competitors BMW, Mercedes, Porsche and Audi.

They seek to reduce CO2 emissions, energy consumption per vehicle increases investment in technological innovations, thus giving good hope for growth. They also want to expand into the Indian and Chinese markets.

Since most JLR cars are exported abroad, the company's market depends on the daily fluctuation of the currency, which results in disadvantages for global competitors. The change in the price of oil and other raw materials can also threaten the company's profits.