Diet Coke is the variant of Coca Cola that is made primarily of the artificial sweeteners.  The consumption and the usage of the Diet Coke is one of the highest in Canada in the Abbotsford region. One of the major reasons for the increased consumption is due to the health-conscious audience that is witnessed in the region as well as the higher number of women and children that are the primary market. At the same time, the hot and humid climate plays a major part in the preferences of the people.

As people are becoming more and more health conscious and health aware with the passage of time, the tendency has increased among people to make sure that they are looking at the healthier alternatives of the carbonated and soft drinks. Despite the fact that people are pretty much aware about what are some of the health risks that are witnessed in the diet version of the soft drinks, there is a perception among people regarding how the consumption of the diet drinks such as diet coke are good for the overall health of the person. Now, if one talks about the population of the Abbotsford, the population demographics are such that comprise of 65 % of the women and children. In this paper, it would be seen what is the target market for the diet coke in the Abbotsford market and what are some of the salient features of that target market at the given point of time.  Diet Coke does not use a modified form of the Coca-Cola recipe, but instead an entirely different formula. The controversial New Coke, introduced in 1985, used a version of the Diet Coke recipe that contained high fructose corn syrup and had a slightly different balance of ingredients. In 2004, Coca-Cola introduced Coca-Cola C2, which it claims tastes much closer to Coca-Cola but contains half the carbohydrates. In 2005, the company introduced Coca-Cola Zero (replaced by Coca-Cola Zero Sugar in 2017), a sugar-free variation of regular Coca-Cola.

The first thing that is needed to be understood is that what actually the Diet Coke is.  It is a sugar free variant of the soft drink that is produced and distributed by the Coca Cola Company. One of the basic ingredients of the diet coke is that it contains artificial sweeteners. The product was unveiled in 1982 and the further introduction of the product was carried out in United States on August 9th 1982.  At that time, there was another variant of the Coca Cola that was less sugar that was available in the market but with the advent of the diet Coke, the demand for the alternative product fell down quickly and diet coke was able to make the place of the product in a very swift manner (Abere et al. 2016).

Now some understanding is being developed about the product, it would be seen that what is the target market for the diet Coke in the Abbotsford (Abere et al. 2016). It would be seen that what is the segment of the population that consumes the diet Coke and at the same time, it would be seen what are some of the demographical, psycho graphical and behavioural characteristics of the market at the given point of time.  At the same time, the geographical distribution of the product is also going to be looked at in the vicinity of Abbotsford.  Diet Coke and Diet Pepsi have capitalized on the markets of people who require low sugar regimens, such as diabetics and people concerned with calorie intake. In the UK, a 330 ml can of Diet Coke contains around 1.3 kilocalories (5 kilojoules) compared to 142 kilocalories (595 kJ) for a regular can of Coca-Cola. 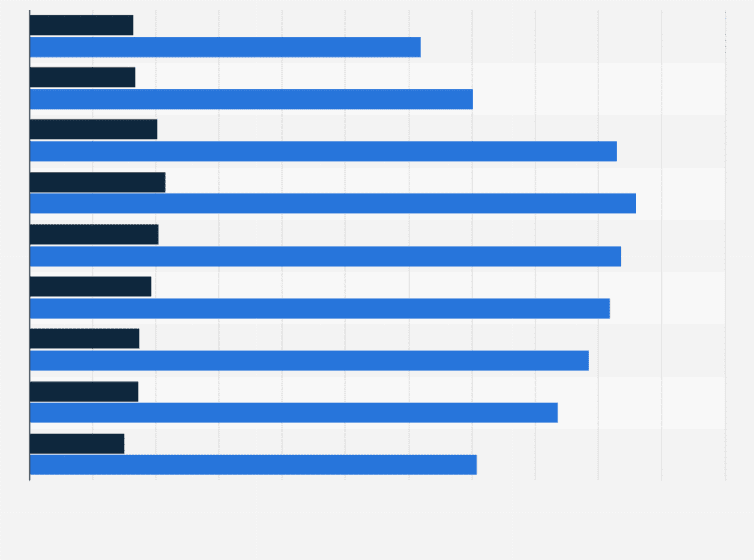 The major consumer of the diet Coke when it comes to the Abbotsford market comprises of the women. As a matter of fact, almost 65 % of the sales that is generated for the product pertain to the women. As a matter of fact, if one looks closely at the marketing demographics, then it can be said that the majority of the customers of the brand belong to the women demographics (Abere et al. 2016).   At the same time, the age group at which the customer base of the drink seems to be comprising of belongs to the women who are between the age group of 18 years to 35 years (Abere et al. 2016). It is quite understandable due to the fact that it is the same segment of the population that is quite conscious with regards to the way they look and they seem to care a lot about the way they look. On the other hand, if one talks about men, then the diet Coke does not seem to have penetrated that well into the given market segment.  As a matter of fact, if one looks at the advertisement and the market campaign for the brand, it can be said that the brand does not have set up its appeal for the male segment of the market at the given point of time.

Looking closely at the brand Coke and it can be seen that the value preposition of the brand is quite clear to say the least. Abbotsford is a special case due to the fact that it is the target market whose income is generally at the average level and it can be aid that the way target market has been shaped up, it is quite easy to work out what are some of the value preposition that is associated with the brand (Anthony and Energy, 2017). Most of the times, the target market and the customer that they are trying to attract are the ones that like to spend the good time together and the families are the ones that seem to comprise towards the market to say the least. As a matter of fact, an assessment can be made that the personality traits of the people who are the part of the target market of Abbotsford are the people who tend to be fun loving and have independent set of values  (Pendergrast, 2017). Not only that, Coke also seems to focus a lot when it comes to how the sociable conduct is supposed to be displayed (Anthony and Energy, 2017). Keeping these aspects in mind, Abbotsford is one of the places where the consumption is supposed to be on the higher side due to the fact that it marketed to that segment which was in abundance in the Abbotsford and it is one of the prime reasons that if one looks at the sales figures of the diet Coke in Abbotsford, it exceed and surpasses some of the other major segments of the major Canadian markets (Abere et al. 2016).

Diet Coke is a very interesting product.  Just about everyone knows that it consists of artificial sweeteners and most of the times, they have the same tendency and taste as compared to the normal Coke (Miller, 2018). As a matter of fact, if one talks about some of the harmful effects of the Diet Coke, then it can be said that it is pretty much at par with the conventional Coke as far as the way it can affect the health of an individual in an adverse manner (Anthony and Energy, 2017). Keeping that aspect in mind, the basic difference between the ways Canadian market operates is very different if one compares it to some of the markets in the United States. In United States, the serving size and the portion that is supposed to be served at the broader audience is such that the consumption is on the higher side in terms of the litres but the actual price is on the lower side (McKelvey, 2016). Comparing it with the Canadian market, the obvious difference is that how the serving size is on the smaller side but the prices are much higher as compared to the United States region even if one takes into account the price differences that are witnessed due to the change in the dollar values of both the countries.  What it means is that Canadian market is much apt when it comes to the way they are supposed to take care of their health at the given point of time.  And due to that tendency, they tend to consume Diet Coke under the assumption that it is much healthier as compared to the normal and conventional variants of the Coca Cola (Kant et al. 2018). Furthermore,  even in children, it is being encouraged the that the consumption of the Diet Coke is being made possible again due to the perception regarding what are some of the health benefits that are provided due to it. Thus the behavioural aspects of the way they react are rather obvious to say the least (Buchli, 2014).

In order to have better understanding of the target market and the demographics of the given market, it is important to make sure that the geographical facts about the region are understood in a better manner to have better insight about the way target market is supposed to work (Buchli, 2014).  The determining factor in that regard is going to be the sort of weather that is witnessed at Abbotsford.  Most of the times, the weather that is witnessed in the region can be classified as Warm with the humidity being one of the highest in Canada (Griffiths & Vernotica, 2016). Due to that, at times, it is very important for the local populace to make sure that they remain hydrates most of the times. Not only that, the temperature that is witnessed in the region are the second highest in the country and the summers can go as long as six months (Dhar et al, 2016). Due to these factors it is one of the warmest cities in Canada and the climate that is seen here plays a major part as far as the product choices and the preferences that are being made by the general populace in the region.  It is one of the prime reasons that the consumption of the juices and the fizzy drinks is one of the highest in the region (Dhar et al, 2016). As a matter of fact, the consumption of the soft drinks in the region is such that it comprises of about 37 % of the whole consumption that is carried out In Canada (Ellertson, 2016).  Thus, it is a classical case that how weather has played an important part when it comes to making sure that the consumption of the fizzy drinks are on the higher side in the region and due to the healthcare tendency of the people, Diet Coke seems to be the staple choice of most of the people (Ellertson, 2016).