Oak Healthcare group is a company that delivers healthcare in 3 care facilities of different types, throughout the southeast of the country and employ 120 staff. The following is team working manual which will be aimed at staff working in teams and will help you have a better understanding of what it is like to be part of a team in this area. 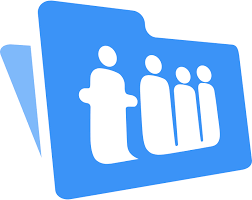 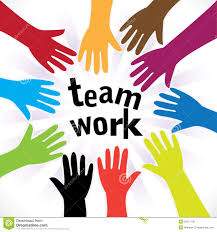 The importance of working in a team is the end goal everyone who is in the group should have the same aim and want to achieve the same end result, for example players on a football team when a team prepares for a match they all will have the same aim which is to play to the best of their ability work well as part of a team and overall win the game.  Even for those who do not take part in the match i.e., substitutes they are still part of the team and want the same end result. I think no matter what the task is or organisation you’re working for you part of that team even though your work might be individual in an overall business down the line together you are all working to achieve an end result. In healthcare you are always working as part of a team, the Multi-disciplinary team this ranges from the healthcare assistant to the nurse, the doctor, physiotherapist etc.  we are all part of a team with the end goal to help people and promote healthy living so for example when I am in my work placement when ask to do a task in hoisting a client out of bed because I am working with another college we are working as one almost, we both want the same result and the best outcome and care for the client.

2. Advantages and Disadvantages of Team Working in an Organisation

As any task there are many advantages and Disadvantages especially when working with other people in a group or part of a team. “Advantages and Disadvantages of Team work.  Working in teams increases collaboration and allows brainstorming. As a result, more ideas are developed and productivity improves. Two or more people are always better than one for solving problems, finishing off difficult tasks and increasing creativity”. https://smallbiztrends.com/2016/03/advantages-and-disadvantages-of-teamwork.html

As you can see there are many advantages and disadvantages in working as part of a team the key thing to remember is communication and to compromise when appropriate listening is just as important as talking.

3. Different Types of Teams in the Workplace

In any organization, no one works alone.  Every employee is part of a team and works in close coordination with the team members to perform his level best and in turn benefit the organization. There are many different types of teams when it comes to group work for example;

Permanent teams - These teams perform on a permanent basis and are not dissolved once the task is accomplished. Basically what it means is once the task is completed they don’t just disperse and all go their separate ways they will stay together and move on to the next task.

Temporary Teams - Unlike permanent teams, Temporary teams lose their importance once the task at hand is completed they move on and go their separate ways they are only put together to achieve there certain goal.

Task force - These groups are formed for a special purpose they are brought together to find a solution to a specific problem.

Virtual Teams - Virtual teams consist of individuals who are separated by distances and connected through computer. For example John from Dublin can form a team with Avril from America and Joanne from India. They all have a common objective – to support and promote their community. http://www.managementstudyguide.com/types-of-teams.htm “The truth is, there are many different types of teams. Some teams are permanent while others are temporary. Some are part of the corporate hierarchy while others are adjunct. One thing you can be sure of is, your career will involve working with teams”. https://www.capsim.com/blog/what-different-types-of-teams-are-in-the-workplace/ As shown above there is many different types of groups whether it be temporary or Virtual but in the end the main objective is accomplished.  In healthcare although you are working as an individual in the bigger picture you are all part of a big team with the main objective and goal being to promote health and look after your clients. 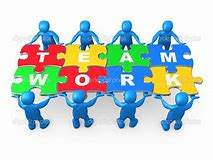 4. Five Different Roles and Personality Types within a Team

As working in a team will have its perks at the end of the day we are all individual people and all have separate personality treats to others for example;

A plant is someone that is creative, inventive and generally good at solving problems.

Weaknesses - Someone who has these treats of plants can become too preoccupied and focused on what they are doing that they stop communicating with all of the team.

This is someone who is focused on the team’s objectives they bring the best out in the team members and also delegates work were its needed.

Weaknesses - As the co-ordinator has very good treats they can also be seen as calculating and have the penchant to put a lot of the work onto other members of the team.

This is pretty much what it says on the tin, team workers are very accommodating and help the team gel in order for the team to comprehensive the task at hand.  These are people who you would want on your team.

Weaknesses - This person can tend to be very unsure when it comes to making decisions.

This is someone who is single minded, self-starting and enthusiastic.  Will tend to have great ideas and good information but tend to work on their own instead of with a team.

Weaknesses - This person can be known to be somewhat negative and has little involvement and can also focus too much on the procedures rather than the task at hand.

Is someone who turns ideas into practical action and they are commonly known to be reliable and well-organized.

“The mere presence of work groups or teams in an organisation does not ensure success; to be successful, a group must be effective”. http://www.eventus.co.uk/effective-vs-ineffective-teams/ “Effective members encourage discussion on points on which they disagree and use healthy conflict to introduce creativity and change in ideas before reaching a consensus. They see conflict in a positive light”. http://www.eventus.co.uk/effective-vs-ineffective-teams/ Having positive members in a group is always a good thing they will boost the morale of the team encourage others to do their best and overall can bring the team closer together and make the working environment fun and enjoyable.

Pros in an Effective Team

Ineffective members establish an agreed viewpoint quickly and defend it against any new or original idea. Task-completion can thus be achieved quickly, although this often means that the symptom has been treated rather than the underlying cause”. http://www.eventus.co.uk/effective-vs-ineffective-teams/

Cons in an Ineffective Team

6. Issues that may arise in Multi-Team Tasks

Absence of team identity teams may not feel mutually accountable to one another for the team’s objectives. There may be a lack of commitment and effort, conflict between individual team goals and members’ personal goals, or poor collaboration.

As there are many different teams overall we have the same goal and objective which is to deliver the best care possible. For e.g. you are a health care assistant and have already formed your relationships with other members but then you get moved to another area in your facility and become part of the team they have overall both teams have the same goal but you will have different personality treats that might not match yours which can cause issues among the team.

Difficulty making decisions Team members may be rigidly adhering to their positions during decision making or making repeated influences rather than introducing new information.

Successful business owners and leaders within organizations believe there are key principles that must be acknowledged and followed to ensure the success of their organization. Few people at work are not part of a team.  Organizations need to be alert and inventive when faced with ever more difficult business and societal challenges, and increasingly realise that good team leadership can help them achieve their goal.

“B.W Tuchman studied and researched the way groups of people develop together.  He analysed different stages of development and label led each stage according to what was going on” “Forming- This is the first stage where everyone is still getting to know their roles and were they fit in the group.  Little promise is made on aims.  The leader must be prepared to answer lots of questions”. “Storming- Next, the team moves into the storming phase, where people start to push against the boundaries established in the forming stage. This is the stage where many teams fail”. “Norming- Gradually, the team moves into the norming stage. This is when people start to resolve their differences, grow colleagues' strengths, and respect your authority as a leader”. “Performing- The team reaches the performing stage, when hard work leads, without friction, to the achievement of the team's goal. The buildings and processes that you have set up support this well”. https://www.mindtools.com/pages/article/newLDR_86.htm

Let’s be honest being a leader is not easy.  You have to balance maintaining work relationships with meeting work deadlines and walk a difficult line between friendship and the head of your team. The key to being a successful team leader is to be positive and let each member’s opinion be heard.  Remember there is know I in Team.   If a team member has an issue with a decision that is being made they should feel welcomed when bringing their concern forward and not alienated or uncomfortable. A successful team is a team that works together and all have the same goal they want to reach. An effective team leader will have a lot of different treats that will be valuable in creating a great team. Here is a list of a few things a team leader should do,

10. Importance of Feedback on Team Performance

In an organizational context, feedback is the information sent to an entity (individual or a group) about its prior behaviour so that the entity may adjust its current and future behaviour to achieve the desired result. Feedback occurs when an environment reacts to an action or behaviour. https://www.google.ie/search?ei=CcQYXKbBPO6F1fAPt7yckAE&q=the+term+feedback&oq=the+term+feedback&gs_l=psy-ab.3..0j0i22i30l9.4060266.4065439..4065719...0.0..0.80.1109.17......0....1..gws-wiz.....0..0i71j0i67j0i131j0i22i10i30.gb1hpug4BmQ Feedback is important as it lets people know how well they are performing and gives them a boost in confidence also if they are not performing to the best of their ability, with feedback they will be informed of this and be able to work on what it is they are not doing. Giving and receiving feedback is a skill you will need to exercise just like a muscle.  With some advance preparation and training, you can create a dynamic team that successfully gives and receives feedback. Been recognised for work you have done is essential as it will show the group that hard work does pay off and they will perform better in future tasks.