Management is a body of knowledge, skills and expertise which must be applied in ways demanded by the organisation in which the individual manager is working; and in ways demanded also by the environment in which activities are being conducted. Business management is required, achieving things through people, achieving things of people, making a profit, delivering performance, using scarce resources, improving and developing things, coping with change and uncertainty.

Business Management, Henri Fayol in the early twentieth century defined it as the process of “forecasting, planning, organising, commanding, co-ordinating and controlling.” E.F.L Breach (1984) called it the social process of planning, co-ordination, control and motivation. In Business Management, there are lot of facts and factors which plays key role in its progression. Today, the world of business in inescapable, businesses are no longer confined to local service and good providers but extend to vast corporate enterprises operating on a global scale. For government to function and economies to flourish, a successful and thriving business sector is essential. Whether business is small or large, public or private, for profit or not for profit, they each play a key role in supporting the global economy and in combination from the backbone of the modern world.

Historically management was always thought of as a combination of art, science and profession. In 1950s Peter Drucker’s, “The Practice of Management” involves five roles in Business Management, planning, determining goals, group organisation, motivating and communicating, performance measurement and people development. “The challenge is to innovate, to discover new ways of organizing and directing human effort, even though we recognize that the perfect organisation like the perfect vacuum, is particularly out of reach, (Douglas McGregor, 1960).” Douglas McGregor theory of X and, theory of Y applied by managers in development, communication and behavioural organisation. Theory of X lays stress on strict supervision penalties and external awards. While theory Y stress on the job satisfaction and prosperity of employees and their approach to tasks without direct supervision. This theory is relating to Maslow’s hierarchy of needs. 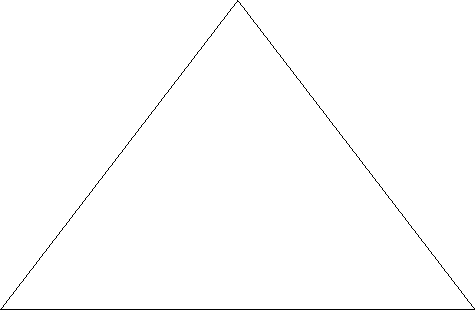 Douglas McGregor identified two sets of belief of X and Y. As with all stereotypes, two description do not reflect the reality of most managers views, which usually reside somewhere in the middle. Because of their belief, theory X managers adopt a commonly and control approach to management. In contrast, theory Y managers do not seek to control their staff. They give the autonomy to exercise their discretion.

Organisational culture is ephemeral and difficult to define. Terrence Deal and Allan Kennedy defined it as “The way we do things around here and by extension, ‘what we valued around here.’ Charles Handy’s four cultures model might be the preference. Mats Alvesson (2013), “Culture is…a tricky concept as it is easily used to cover everything and consequently nothing…. frequently culture seems to refer to little more than a social pattern, for example, it refers to social phenomenon rather than exploring the meanings and ideas behind them.”

Peter Drucker argued that the purpose of every business is to create a customer. Despite, Drucker’s advice one of the major reasons, why customers switch supplier is because they feel underappreciated and taken for granted, stay in touch with customers, communicate, build trust, be honest are keys to create positive relations with customers. Increase Profit: No commercial business can survive unless it makes enough profit to pay its debts, invest in the future and reward its owners. Establish organisations current income and expenditures analyse both into monthly and yearly figures. Make a list of all the sources of income you have and show the amount received against each for the last year split into months.

Economist Milton Friedman and the Economist news magazines are only two of the parties who have taken a dim view of CSR. Friedman said in 1970 that social responsibility of business was to increase its profits. “Corporate social responsibility is a hard-edged business decision. Not because it is a nice thing to do as because it is a nice thing to do it…. because it is good for our business, (Niall Fitzerald, 2003).” The economist plotted CSR’s effect on profits against its effects on social welfare. If CSR raised profits, it was nothing but, “borrowed virtue” the magazine grumbled, doing good at expense of shareholders. If it grew profits while reducing social welfare. It was pernicious and if it reduced both, it was nothing short of delusional. If, however, CSR produced a win- win increase in social welfare and profits. At the same time, it was simply good management.

A bureaucracy is hierarchical administrative system designed to deal with large quantities of work, in a routine manner, largely by adhering to a set of strict and impersonal rules, according to Oxford Dictionary of Business Management. “It is characterized by its permanence and stability, its body of experience and precedent and its absence of a reliance on individuals.” Mintzberg who made his name studying how managers really spend their time, also thought about organisational structures. In his 1979 book, the structuring organisation, he defined four fundamentals types. There were determined, using a two-by-two matrix that plotted the nature of their work environment (simple or complex) against their pace of change (stable or dynamic). The resulting classifications were the machine bureaucracy, the professional bureaucracy, the entrepreneurial start-up and adhocracy. Mintzberg argues that each were fundamentally different mechanism to co-ordinate its activities, adding that power resides among different groups within each type.

The Five Forces of Competition

The four Ps, the seven Ss, management thought is often packaged in this mnemonic, slightly gaudy way. There is a Whiff of Barnum and Bailey, cheap gimmickry designed to catch the crowd’s attention. Today’s most successful management thinkers are certainly in the entertainment business, complete with public appearances, book signings and if they check the right buttons, large cheques. The five forces play a central part Porter’s theory of sustainable competitive advantage. He stakes out his ground by saying, there can only be 3 generic strategies for competitive advantage.

Strategy is as old as war, which if we in a dictionary, still crops up before business in any definition. “The art of war” neatly sums up its military applications but management writers. Gary Jhonson and Kevin Scholes, in their exploring corporate strategy, “Strategy is the direction and scope of an organisation over the long term: which achieves advantage for the organisation through its configuration of resources within a challenging environment, to meet the needs of market and to fulfil the stakeholder’s expectations.” Michael Porter is more succinct, and comes from a different angle, “strategy has to do with what will make you unique” he told an audience at the Wharton School recently.

Ethics in Business Management is concerned with those parts of organisational, operational, occupational, and professional conduct that relate to absolute standards and moral principles. Sternberg (1990) states: “Business ethics applies ethical reasoning to business situations and activities. It is based on a combination of distributive justice-that is, issuing of rewards for contribution to organisation goals and values; and ordinary common decency-an absolute judgement, that is placed on all activities.”

Management is about how the things done and leadership is about to achieve the goal. Managers ought the skills to persuade, lead and have good influence upon others. By developing, managers and leaders on an organizational competitive level and its advantages. It is argued that new managers struggle with assumptions that they should be strong, decisive, know everything, always be in control. At a group and organisational level, it involves identifying a common and connecting set of values, objectives, shared identity and strategic priorities. It is about how groups and organisations determine who/what they are and what they seek to achieve.